While looking for more information on the fossil-fuel free in nine steps campaign (see previous post), I encountered a similar looking campaign: ten measures to ban fossil energy to the past. It was similar because nine of the ten measures/steps were identical in both campaigns, though they were placed in a different order. Unlike the webpage of the nine steps campaign, this page was actually dated. The ten-measures list was published on November 17, 2016. A week after the US elections.

Then I got the idea to look into the source of the page. Some webpage generators write the publish date into the meta data of the header, maybe this was also the case here. Looking into the page source, it became clear that they use the WordPress Wunder theme and, yes, the creation date was in there.

END_OF_DOCUMENT_TOKEN_TO_BE_REPLACED 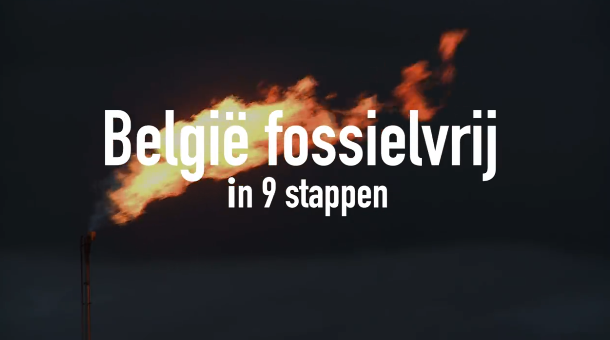 According to the Flemish Green party, Belgium can become fossil-fuel free and in a video they identified nine steps (translated from Dutch) to do that. When I found this article this week on their website, I was rather curious how they envisioned becoming fossil-free. Until then, I came across vague claims. Unfortunately, this campaign is no different.

The page was not dated and there was also no date incorporated in the the url slug, but since the campaign was inspired by Trump becoming president, I guess it is from the beginning of this year. The greens stated that now a “climate denier” became president, it was time for Europe and Belgium to show leadership in clean, renewable energy.

These are their nine “steps” to become fossil-fuel free (transcript of the video, translated from Dutch):

END_OF_DOCUMENT_TOKEN_TO_BE_REPLACED

This week, I came across this tweet from the IPCC:

Apparently, there is (in the meantime “was”) a meeting in Montreal to agree the outlines of AR6. Interesting. However, it was the quote of Youba Sokona that caught my attention (my emphasis):

“This meeting will pave the way for IPCC scientists to continue assessing the science of climate change in line with policymakers’ priorities“.

That sounded rather odd to me. My initial thought was something like: they couldn’t make it much clearer that this is politicized science in action. Okay, I understand that he probably didn’t mean it that way. He probably meant science relevant to policy or something similar.

Then I remembered that there was a description of the writing and review process on the IPCC website. Maybe I could figure out from this process how much the science is in line with policymakers’ priorities or vice versa?

I quickly found the page that described the IPCC process: principles and procedures. This is the summary of this process:

END_OF_DOCUMENT_TOKEN_TO_BE_REPLACED

In previous two posts, I explained a television news item explaining the scientific paper in which was proposed that there would be fifty times more deaths in the period 2070 to 2100. This post will focus on the dubious contribution of the expert in that news item. It was not really clear to me why he was invited. I expected that he was interviewed to explain the content or conclusions of the paper, but that didn’t seem to be the case.

The expert had seven lines in total, yet only two of them were related to the paper. These are his first two lines (translated from Dutch):

The heat is clearly the effect that will make the majority of victims. Flooding by rivers, by sea, but also by forest fires and extreme weather, storms etc.