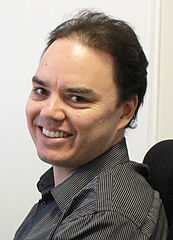 It has been a long time that I read something of John Cook. I recently came across the National Center for Science Education blog post in which he was interviewed. The post is titled Got Climate Change Misconceptions? John Cook Can Help and dates from the beginning of this year. This “help” seems to be learning students how to combat climate change misconceptions.

I am not going to make a long post, so I will come to the point immediately. This is what caught my eye at first read (my emphasis):

END_OF_DOCUMENT_TOKEN_TO_BE_REPLACED

We have a new Flemish Minister of Energy since two days. As a result of the local elections of October last year, the previous Minister became mayor of his home town Ostend. That is a bit sad, he had the habit of enthusiastically sprouting meaningless claims about energy that were very easily debunked. I wrote several posts about such claims, so I will certainly miss his mindless claims.

The new Minister, Lydia Peeters, took the oath of office the day before yesterday. The first tweet on her twitter account came only a day later and is a retweet of a tweet written by her spokeswoman (translated from Dutch):