Recently, I came across The Consensus Handbook by Cook, van der Linden, Maibach and Lewandowsky. It was already the first text that I encountered (the take-away message on the introduction on page 3) that caught my attention (my emphasis):

Based on the evidence, 97% of climate scientists have concluded that human-caused climate change is happening. This scientific consensus has been a hot topic in recent years. It’s been referenced by presidents, prime ministers, senators, congressmen, and in numerous television shows and newspaper articles.

That last sentence reminded me of a video in which lead author John Cook explained his 2016 paper (Consensus on Consensus). It was the introduction in the video that puzzled me until now:

[Barack Obama]
Ninety-seven percent of scientists, including by the way some who originally disputed the data, have now put that to rest. They have acknowledged the planet is warming and human activities are contributing.

[John Oliver]
A survey of thousands of scientific papers that took a position on climate change found that 97% endorsed the position that humans are causing global warming.

[Bernie Sanders]
So 97% who have written in peer-review journals say the following: climate change is real, it is significantly caused by human activities…

[David Cameron]
97% of scientists the world over have said that climate change is urgent and man-made and must be addressed. 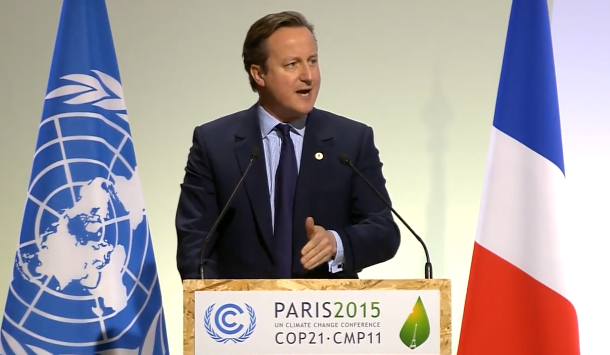 [John Cook]
For many decades, study after study have found that 97% of publishing climate scientists agree that humans are causing global warming.

I was puzzled why three politicians and a comedian were used to introduce the consensus position, knowing that they did a very poor job. They were ignorant about what was researched exactly and exaggerated the consensus position. Obama went well beyond what was researched in the Cook paper, as did Bernie Sanders (I think Sanders confuses a couple things).

Cameron was apparently in a very creative mood and even overdid Obama and Sanders. He pulled out of thin air that 97% of the “scientists the world over” agreed that climate change is “urgent” and “must be addressed”. None of the consensus papers that were mentioned in the Cook 2016 paper investigated the agreement on impacts. None of those papers investigated whether all scientists (or even all scientists who have written in peer review journals) agree. However, Cook didn’t explain this in de video, therefor suggesting to the viewer that this were things that were investigated and part of the consensus.

It was in fact the comedian who gave the most accurate description of the consensus (from the Cook 2013 paper, John Oliver made this statement in 2014)…

What does this mean? The (erroneous) suggestion is that the Cook 2016 paper found that:

If you have read the Cook 2016 paper, it will be clear that none of the first three points is actually investigated, but those who didn’t read the paper will not realize that. They will hear a repetition of several similar sounding statements and there is no way that they can distinguish what is true or false. One can not expect from the viewers without a background in this issue that they can make this distinction. What adds to the confusion is that Cook didn’t mention that these statements were not investigated.

Basically, he illustrated his paper with examples that extend the consensus definition beyond what his research actually found and he didn’t call that out in his video, therefor misleading the viewers who didn’t read the paper.

Initially, I couldn’t understand why a researcher would willingly misrepresent his own research. I don’t believe for one moment that he wasn’t aware that the statements didn’t accurately represent his research or that it slipped in inadvertently. I also can’t believe that he doesn’t know the difference between the statements made by the three politicians and the methodology of his own research.

This was not the first time that Cook misrepresented his own research, he did the same in for example the Alice-in-Wonderland paper and more recently in an interview. So this is obviously not a one-off or a slight oversight.

The big question: why on earth would an investigator misrepresent his own research?!?!

To figure that out, let’s go back to the take-away message at the beginning of this post. That last sentence of that take-away message made things clear to me. Cook and his co-authors apparently found it very important to mention that the consensus was “referenced by presidents, prime ministers, senators, congressman and in numerous television shows and newspaper articles”, it is in the first paragraph (emphasized by the colored background). This is exactly what is done in the video: a president, a senator, a comedian and a prime minister referenced the consensus. This can not be a coincidence.

These are all public figures in power and/or celebrities. They are respected and/or admired by the public, so when they state a message, it can influence their attitude. If you look at it from that perspective, then having those men introducing the consensus makes perfect sense.

Also interesting, look at how the message is brought:

There is also the very smart use of the anchoring effect (the very first thing that is being said is what will stick with people). In this case, the message is that “97% of the scientist say that climate change is caused by humans”. That is what will stick, even when it is not correct and a correct statement is given later (by the way, the statement of Cook is not exactly correct and rather misleading, more about that in a later post).

When you look it that way, it is in fact brilliant communication, Cook clearly paid attention in psychology class.

Well yes, but it depends on what the actual goal of this consensus communication is. In previous papers authored by John Cook, he made it no secret that the importance of communicating the consensus is to facilitate political action. Which is not hard to understand. In a democracy, politicians depend on the voters and if policies are contrary to what those voters want, then they risk not getting reelected.

Which indeed raises the importance of getting the consensus message across to the public, but at the same time makes it a completely different goal from scientific accuracy. That is most probably the reason why the “urgent” and “must be addressed” got in the introduction and, although the paper didn’t investigate the agreement on impact, were not corrected in the video. Those two terms raise the urgency, so if this message could get across to the public, then they would be more susceptible to, or even demand, climate policies.

If the goal is to facilitate climate policies by convincing the public, then it might not really matter whether the research is misrepresented, the most efficient way would be the better choice. It is not honest communication though.

4 thoughts on “Three politicians and a comedian introducing the consensus”