Two posts ago, on the subject of another claim of an ice-free Arctic published in the Guardian, the discussion arose whether the journalist realized that he quoted someone with a poor track record in that matter. Commenter Chrism56 alerted me that the journalist (Robin McKie) already had written articles in the past on this subject, so he should have known that there were issues with the credibility of this claim.

The link that was provided went to an article from 2008 in which McKie reported about the claim of an ice-free Arctic that back then was expected five years further in the future.

The claim was made by Serreze, Maslowski and Wadhams. Apparently he should know about the botched prediction in the meanwhile.

I became curious whether there were more articles written by McKie on this topic and also how he wrote about it in say 2013, when it became clear that the 2008 claim didn’t hold. I found three articles in the Guardian about an ice-free Arctic and the article in 2016 was the fourth. When reading them in the sequence as these were written, it developed in something rather funny.

Let’s start with the link found by Chrism56. It was an article from August 2008 with the title “Meltdown in the Arctic is speeding up”. This speeding up was explained as (my emphasis):

END_OF_DOCUMENT_TOKEN_TO_BE_REPLACED

Although I respect the expertise of Wadhams, a puzzling thing was the insistence that the downward trend since the measurements is necessarily “abnormal” and caused by our emissions. I have no problem accepting that he saw drastic changes in the Arctic concerning the height / volume of the polar cap during his long career and that this was the reason why he thought that the Arctic would be ice free soon.

For the record, I have no problem whatsoever believing that the Arctic underwent changes in the last 40-50 years. But logically, we only start measuring the ice of the poles since the end of the 1970s. If we only started to measure AFTER the supposed cause started, then logically what is the “normal” extent and volume of the Arctic?

END_OF_DOCUMENT_TOKEN_TO_BE_REPLACED

That was rather puzzling. First, why change from volume to extent when confirming basically the same prediction? Second, when I first started looking into the global warming issue, an often heard argument from the alarmist side was that, even when the extent looked as it was stabilizing, it was the volume that was most important. This made it seem even more odd to me, that an alarmist prediction would go back to extent figures after relying on volume in the past. That is the reverse of what I expected.

END_OF_DOCUMENT_TOKEN_TO_BE_REPLACED

The “Arctic could become ice-free for the first time in more than 100,000 years, claims leading scientist”, that was the surprising title of an article from the Independent. That leading scientist is Peter Wadhams from the university of Cambridge and it was explained that satellite data showed there was just over 11.1 million km2 of sea ice on June 1st this year, compared to the average for the last 30 years of nearly 12.7 km2. Therefor on track to be ice free this year (or next year) for the first time in more than 100,000 years.

That seemed odd to me. I didn’t know that June 1st was such an important date for the Arctic sea ice. My take was that the most important moment was in September, when the extent of ice is at its smallest. When we look at the NSIDC data I indeed noticed that it is lower than usual. But prizes are awarded at the finish, not in the middle of the race and going from 11.1 to 1 million km2 in roughly three months would require quite a steep drop. Not entirely impossible though, in 2012 ice extent dropped from 12.3 on June 1st to 3.4 at its minimum, but then it has to deviate from its current course soon to get from 11.1 to 1 in the same time frame.

END_OF_DOCUMENT_TOKEN_TO_BE_REPLACED 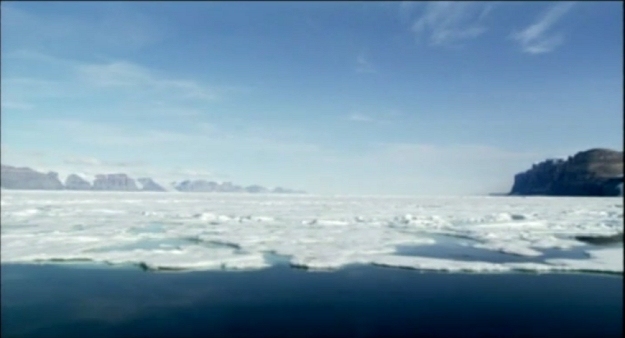 It was really surprising to watch on Flemish television the “news” that there is more Arctic sea ice. For skeptics this isn’t really news. This fact is known since 2013. In the meanwhile it was staggering to watch the media keep on regurgitating the 2012 Arctic data. Nice they are catching up, it took them a while.