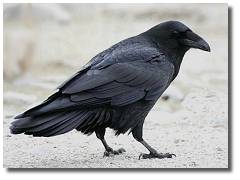 In previous post Snow, a thing of the past I explored the positions of both sides of the debate concerning the connection between snow and global warming. One thing I didn’t touch yet was the skeptics’ remark that “One can not have it both”. There were statements before that snow was a thing of the past because of global warming, but now when snow falls in abundance, there is the statement this is also because of global warming. If this is the case, it can not be proven right nor wrong.

By their nature, skeptics are, well… skeptical. They want testable statements that can prove or disprove something. This is rooted in science and is called falsifiability. In the most simplest way it looks like this: a hypothesis (testable statement) must predict at least one observation by which it can be refuted. If the evidence is in line with the prediction, the statement may be right. If the evidence conflicts with the prediction, the statement is wrong.

Maybe a bit theoretical, so an example to make it clear. Let’s suppose the statement: “All ravens are black”. It can be made testable by stating that if all ravens are black, this means no raven with another color will exist.

By the way, white ravens do exist (although they are rare).

This is a very simple example and it should be nice if this was also applicable to global warming. The reality is not always that simple. Predicting something is hard, especially about the future. Especially about a complex thing like the climate. So statements about global warming will be stated in a less clear manner. Something like: “it will be more likely”, “it might” or “it is unlikely”. These are all stated as a probability.

One problem: statements based on probability are not falsifiable by default. This is not difficult to understand: suppose one has the statement It is very likely that the frequency of heavy precipitation events will increase. Suppose we define very likely as more than 90% chance. What happens when we test the precipitation in certain places over a certain time?

In conclusion, even if the outcome is not consistent with the statement, it doesn’t falsify it.

Of course, first the meaning of increase in frequency and heavy precipitation and probably also the time frame have to be defined. If not, the statement is almost meaningless and one could prove about everything.

This seems disturbing. Does this means that many of the global warming statements can’t even be falsified? I was puzzled about this for a long time. Now I think it is not necessarily true. In the real world we realize that falsifiability is important, but not the only thing being taken into consideration.

Suppose a probability statement that eventually fails. As we saw this doesn’t mean the statement is false, but it doesn’t exactly add to the credibility of the statement and those who make it. The higher the probability with which the statement was stated, the more credibility loss. It is not surprising at all to see fading confidence if observations are not in line with what one would expect from the theory.

A non falsifiable statement looks like a horrible thing when trying to prove or disprove something. But look at it from the other side: a probability statement has, well…probability. Snow and heavy precipitation are consistent with the theory of global warming, but they are also consistent with other things. There isn’t necessarily just one theory. By the fact the theory has to be proved by probability statements, there will be at least one competing theory, maybe even more. All with their own probabilities, explanation of previous observations and predictive value.

This post started with the remark “One can not have it both”. Well, can it? Of course not. At least not in the sense of piling up statements so a theory will be confirmed with any observation possible. That would be the same as stating that “All ravens are black, except when they are not”. This doesn’t learn us nothing new, the predictive value of this is exactly zero.

It is easy to come with an explanation after the facts. The real test is how a theory predicts data we haven’t seen yet and also describes previous and current observations best. This doesn’t necessarily means falsification in a strict true|false way as we would expect with the “One can not have it both”-remark. But rather a comparison between competing theories. 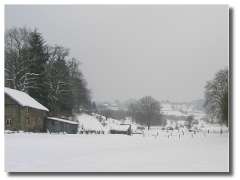 This winter I often heard the claim that blizzards and snowfall don’t disprove global warming, but that excess snowfall was exactly because of global warming. This was nothing new. I heard these claims for the first time in 2010. That time the winter brought a lot of snow and some record breaking snowstorms. The claim was that warm air can hold more water than cold air and is expected to produce more precipitation, which will be snow when it is cold enough. A higher temperature means more moisture, so potentially more extreme snow events.

On the other hand, skeptics were saying that global temperatures are in a standstill for at least a decade and a half. And isn’t snow something that falls when it is cold? They also were puzzled: is there any weather condition that doesn’t prove global warming? One can not have both.

I have no problem with neither of them. Both sides seem plausible. But what is the truth: does global warming really causes more snow? What is the reasoning behind this? If both are possible: when more and when less?

After looking into the issue, I think they are both right. But they don’t talk about the same things, therefor misinterpreting the arguments of the other side.

This seems logical and I can agree with these principles, but I think there is more to it than just that. For snow to form, much more is needed than just cold and moisture. It is a delicate balance between several conditions that all have to be met. If one of them is not met, precipitation will fall as rain. Only if all those conditions hold in a warming world, it allows for (more) snow.

The skeptics are right that snow is falling where temperatures are low. This is one of the conditions for snow to form. It also seems that global temperatures are flat lining for the last decade and some datasets even longer.

Temperature datasets from 1979 (Woods for trees)

This doesn’t necessarily contradicts the AGW theory, but that is a different discussion altogether.

But, wait a moment…

Understanding the relationship between snow and global warming is surely a nice thing, but is this really the issue? Aren’t we forgetting something?

This is not what was predicted or projected in the past. As far as I know, before 2010 we were told about WARM winters with LESS snow and MORE rain. We were warned about the severe impact this could have on agriculture and on tourism. We were told to act immediately on this. By the way, this was the reason for me to start investigating this whole issue. The discrepancy between what was said and what happened in the real world, made me more eager to find out why.

A statement that is repeated often: “Snow is consistent with global warming”. It is more important what it doesn’t say than what it does say. It doesn’t mean there is proof that more snow will fall because of global warming. It only means that snow is possible, or at least not impossible, in a warming world. Consistency is only a weak criterion. Yes, snow is consistent with a warming world, but it is also consistent with a cooling world, local cooling, local warming and who knows how many other theories and conditions. At such it doesn’t really explain much, but could be very misleading to the public. They could get the impression this is yet another settled part of the science, while it is just one of the many possibilities.

I also have a problem with the way this was and still is presented to the public. It is presented as if it was very clear to the scientists all along. We hear stuff like “We weren’t surprised” or “The science is clear”. As if they knew it all before. The snow/global warming connection is a nice explanation and could be convincing. Pity it was only produced after the facts.

What did I learn?

My first reaction was to start checking the statement. Is there more snow in a warming world or not? The physics seems clear, but unless I want to dive into the topic myself, I have to leave it to those who know more about it.

What I completely seem to have ignored was that the statement about the connection between snow/global warming was only made after the facts and therefor showed no skill. It was also in contrast with earlier statements. But the message is carefully crafted so global warming is back in the attention and is reaffirmed as still going. Reporting a standstill in the increase of at least a decade would be more in line with the available data. How can one attribute the snowfall of the last two or three years to a global temperature increase that just wasn’t there for at least the last decade?

Although strong statements are made in the media, you only have to look a few years back to notice there is much less certainty than what was claimed. Looking back for a couple decades and you will find some statements are exactly the opposite, but wrapped in the same package. But that is yet another story.